Field of Cloth of Gold

In June of 1520, two Kings, Henry VIII of England and Francis I of France, each with a retinue of 6,000 nobles, courtiers and churchmen, met in such splendour in northern France. This was the diplomatic showpiece event of the Tudor Century, each king trying to match and outdo the other. No expense was spared, tents and pavilions made of so much gold cloth erected to house all the nobles and courtiers, that the event became known as the Field of Cloth of Gold.

On the 500th anniversary of this spectacular event, this unique 7 night 8 day fully escorted tour travels through Southern England to see the places that Henry VIII visited in that momentous summer of 1520. We see his castles, palaces, grand houses, cathedrals and inns, sampling the life in Tudor times along the way.

We meet in London before we drive to the garden of England to visit Leeds Castle, regarded as being the most beautiful and romantic castle in England.
Henry VIII stayed here with his first wife Catherine of Aragon on his way to embark at Dover in the summer of 1520.
Henry VIII used it as a dwelling for Catherine of Aragon and they both enjoyed the being here. 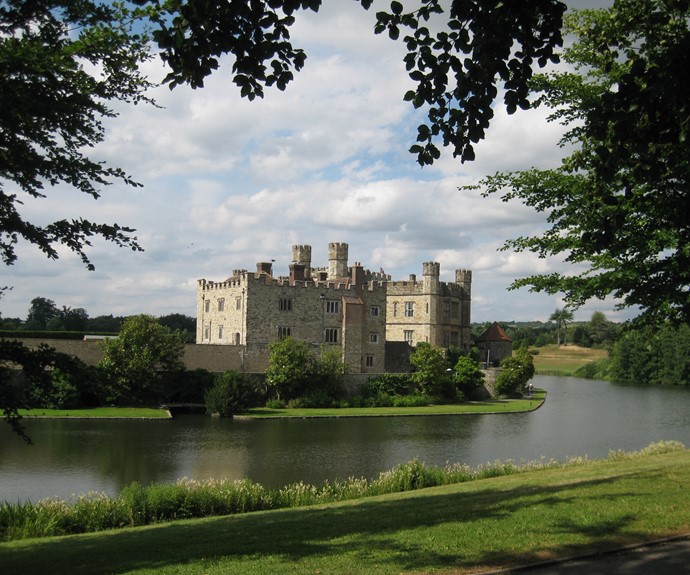 We head off to visit Canterbury where the skyline is dominated by the stunning Cathedral, the oldest in England.
Henry VIII held a magnificent banquet here in Canterbury in the spring of 1520 to entertain Francis I. It has been a place of pilgrimage for over a thousand years and where, infamously, Thomas-a-Beckett was hacked down by four knights who assumed Henry II wanted Becket dead.
There was a monastery on this site, demolished in the Great Dissolution on the orders of Henry VIII in 1538 along with the shrine to Thomas-a-Beckett. 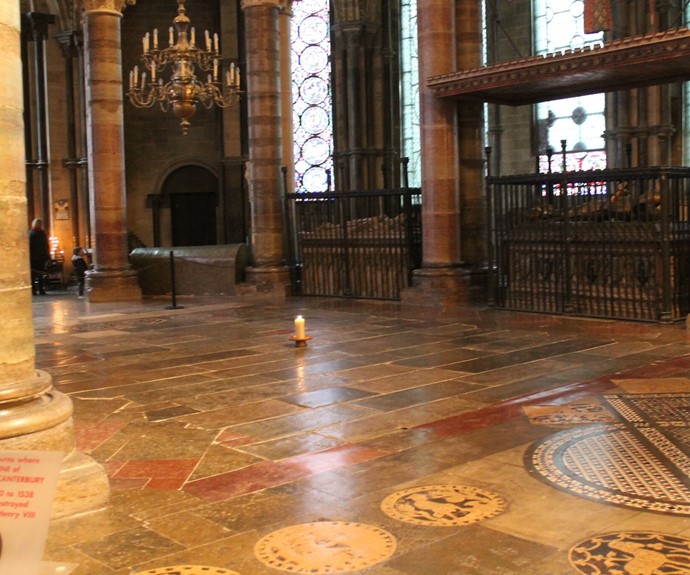 We travel to the south coast to visit Henry VIII’s premier fortress, Dover Castle in Kent situated high on the cliffs dominating the channel between England and France.

Henry VIII left England from here on his glorious trip to France and the Field of Cloth of Gold. Many ships were used including the Mary Rose to transport the court and all the equipment necessary for Henry to outshine the King of France. 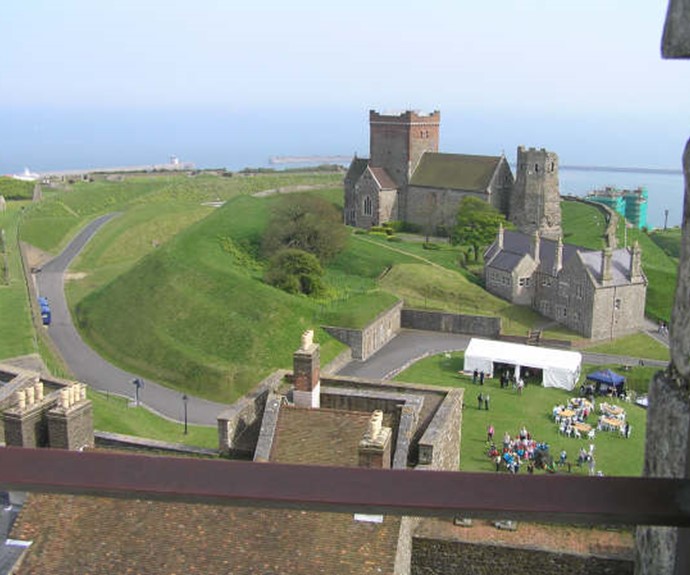 We spend our time at the important house of Penshurst in Kent. It has seen many of the Tudor Royal family staying in its splendid grounds over the centuries. Penshurst was owed by the Duke of Buckingham, he entertained Henry VIII lavishly in 1520 and spent £800,000 in today’s money. The magnificent Barons Hall dates from 1341 and has changed little since. We can walk on the very floor that Henry VIII himself walked on.
Penshurst is used as a film location as it is so evocative of the Tudor period 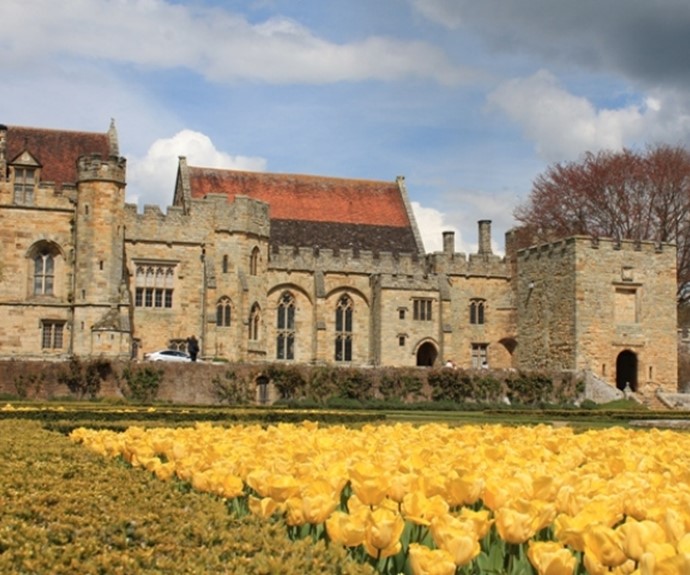 Just along the south coast is Arundel Castle, the home of the Duke of Norfolk, the hereditary Earl Marshall of England. The third Duke was responsible for the arrangements of the Field of Cloth of Gold.
He was the uncle to both Anne Boleyn and Catherine Howard. The Duke was also later sentenced to death but Henry VIII died the night before his scheduled execution so the Duke kept his head. 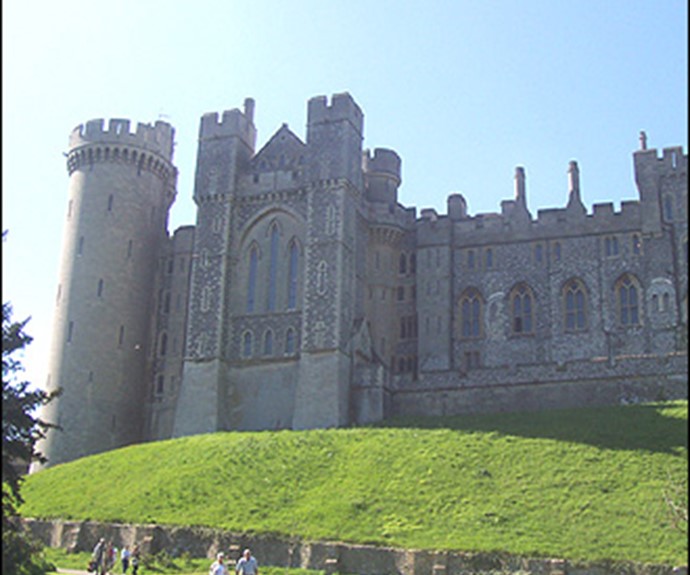 At Southsea Castle on the island city of Portsmouth in Hampshire, we stand in the same place where Henry VIII the father of the Royal Navy, stood watching the battle of the Solent in July 1545 as the Mary Rose, his flagship, foundered in the Solent with the loss of 800 lives.

The Mary Rose played a significant part in the embarkation from Dover in 1520 laden with treasure and valuable commodities for the court. 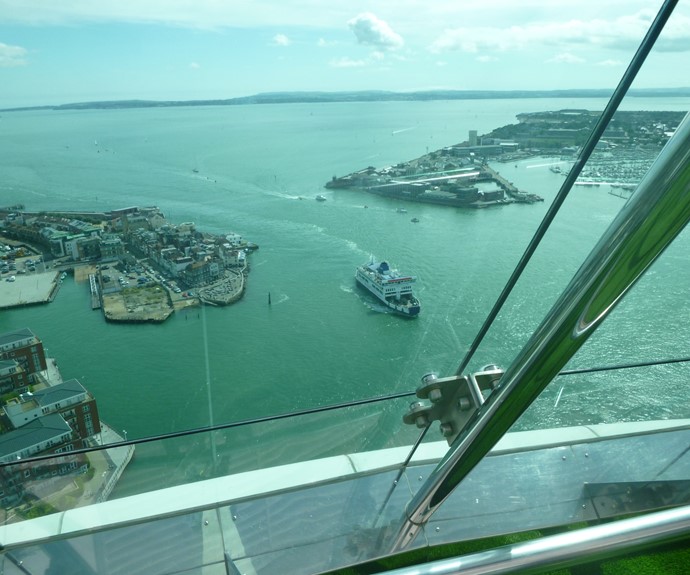 Our last full day is at Hampton Court Palace, taken from Cardinal Wolsey by Henry VIII. The Tudor building has been wonderfully conserved, a celebration of Henry’s accession to the throne over 500 years ago. There will be a recreation of one of the pavilion tents used by Henry VIII and the the replica wine fountain in the centre of the courtyard, as seen on the painting of the Field of the Cloth of Gold. We finish the evening at a character hotel in London and attend a sumptuous Tudor banquet complete with entertainment and sword fighting.

The previous evening was a fitting finale for our Grand Progress. At the time of publication we are anticipating being able to travel to Northern France via the Channel Tunnel for the day to see the actual site where the event took place and this will be in addition to the 7 days as described. 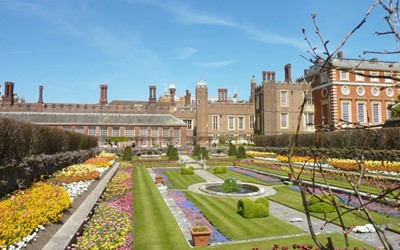